You are here: Home / Mother earth / Our almighty earth energy

Another night, another dream, another message. If you didn’t catch my last vision, check out She Dreams; a message we all need to share. The vision I share with you today came to me when I was in the Noosa Hinterland in Queensland, Australia. I was learning the ancient art of Ka Huna bodywork which involved in-depth self-exploration. It was beautiful, nourishing, uplifting and exhausting. I went with the intention to return to my body after having two children, post-natal anxiety and a tendency to exist without my feet planted in present time or space. What I rediscovered was my deep connection with earth energy.

This vision was challenging to experience as it spoke to the history of the area I was in. I felt honoured to be shown. I remained open, as a witness and as a vessel to receive the message of earth energy.

The message is not new, in fact, it’s ancient. However, the momentum of modern day life requires us to pay attention and listen to such messages from the wise and all-mighty earth energy. 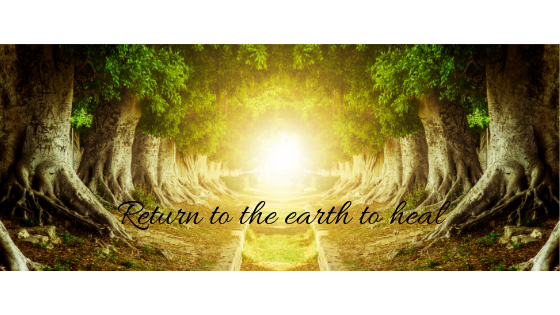 She was asked to sit by a tree
On the land
Hand to trunk
To talk with the tree.

Of a time long ago
Or maybe just yesterday
An overwhelming sense of despair
As she looked up from the ground toward her people.

Unable to move
Unable to do anything
Hurt and dying
Her people looked back at her
With frantic powerlessness.

It was a massacre
And life was draining from her body
Man or woman, she didn’t know
It didn’t matter
It was all so senseless
Timeless.

It became clear, then
The tree was the spirit of the people
Mother Earth had wrapped up this body and returned it to Source
To heal, to fertilise
And become again.

She opened her eyes
And saw
That where her hand lay resting on the tree
Was sap; the blood of the past
The stories told and untold.

She understood that she
Was there to sit with the trees
And to bathe in their light
And to walk barefoot, to
Return to the earth to heal.

May you listen
May you see
May you feel
May she carry you home, one day
Too.

The trees speak to you; they hold the greatest of earth energy. Wise, kind, gentle and strong. Each tree has its own character if you take the time to look. They call you by whispering with the wind, shifting both shade and light or dropping a leaf by your feet. Create some time to sit with a tree, perhaps one that you share space with. Listen. See. Feel. Heal.

Tread gently, my friends, and remember you don’t have to do it alone.

This site uses Akismet to reduce spam. Learn how your comment data is processed.

A message from Kate…

I’m a complementary medicine practitioner, published author, blogger for several sites and expert for I Quit Sugar. I’m driven by the simple fact that we are holistic beings by nature; you have a body, mind, emotions, spirit and energy system. Profound healing and wellness occurs when you take a holistic approach to your life. And this, my friends, is where to start.

You don’t have to do it alone – be your own healer.

I have two beautiful children and I thoroughly enjoy working with people of all ages and backgrounds.